Have you noticed April filling up with social engagements, with friends and/or family? Temperatures are rising, the light lasts longer, and it feels like everyone is waking up after the chilly, dark winter months. Call it spring fever; I’ve definitely caught it.

So how do rooster pitchers fit into this time of celebration? Just like other rooster ceramics, they exude a cheer and brightness that’s perfect for spring. A rooster creamer sets the tone for your breakfast table (even if you’re not a morning person). Fill one of Gorky’s rooster creamers with cream for your coffee or tea. Don’t caffeinate first thing? Fill a small rooster pitcher with daffodils or wild flowers and adorn the table or kitchen nook where you eat the first meal of the day.

Spring also means it’s time to start reaching for crisp white wines with lunch or dinner. A ceramic pitcher minimizes messy spills, adds a personal touch to your meal, and keeps the wine perfectly cool. Always having two pitchers on the table—one filled with water, the other wine—remains one of my favorite European traditions. Definitely ideal for spring entertaining, don’t you think?

‘Tis also the season of showers, both literal and celebratory. Bridal showers, wedding showers, baby showers… it seems like there are never enough weekends for all the celebrations taking place! Bored by giving the same predictable gifts? For anyone starting a life together, a rooster pitcher symbolizes good luck for their home. Your friends who throw parties will love rooster ceramic platters and serving plates (the same goes for your family members!). A global icon, rooster ceramics come in so many different styles that you can easily find the perfect pieces for all those you’re fêting this spring.

How would you like some good fortune in 2014? Good luck traditions range all over the world from breaking plates in Denmark to wearing polka dots in the Philippines. I recently learned that in medieval Europe people listened for a dove’s first call since they believed it indicated the luck to come in the new year. If the call came from above, good luck would come; if from below, bad luck was on its way.

I like to believe that all of the doves on the paloma blue and white Mexican pottery collection bring good luck. I love the mix of patterns and textures that surround the subtle shape of a flying dove on these ceramics; they are at once ornate and warmly rustic. The tall blue and white vase is striking filled with colorful blooms or left empty. The smaller round vase works well for small flowers or as a pen and pencil holder on a desk.

For those with birthdays in January, the versatile oval paloma box makes a great gift, holding jewelry, toiletries, or keys. Another perennial favorite is the paloma oval serving dish.

If doves aren’t your good luck bird of choice, why not celebrate the New Year with roosters? Blue and white Mexican pottery pieces such as this rooster serving bowl possess a unique charm all their own. Another of my personal favorites is Gorky’s large blue and white rooster. He would be perfect as an accent in a kitchen or in the home of any rooster collector. All that personality has got to bring good luck, right?

Here at Emilia Ceramics, 2014 is sure to bring more beautiful blue and white Mexican pottery pieces, as well as new French and Italian ceramics, and the return of some old favorites. I feel so fortunate to work with such talented artists, not to mention our dedicated and energetic customers (both new and returning). No matter what you do to bring yourself good luck this year, from toasts at midnight to eating grapes to wearing red underwear, here’s to it being fantastic!

With the new Emilia Ceramics Showroom up and running, I’ve been able to see our collection in a whole new way. One thing that really stands out is just how many rooster ceramics we have in the collection. Right now it’s mostly Mexican and Italian rooster ceramic, though I’m sure to have French roosters and other new additions in the coming months.

Right now, though, I can’t get enough of the rooster creamers and rooster pitchers from Gorky Gonzalez. These ceramics are unique in how they are actually shaped like roosters, full of personality from the colorful feathers to the beak that doubles as a spout. Both rooster creamer and rooster pitcher are fun enough to be a permanent addition to your counter or table. I think they look great filled with a small bouquet of wildflowers or just on their own.

The new owl creamer is another feathered friend that’s proven popular in just the few short months I’ve had it in stock. Like Gorky’s salt and pepper shakers, these creamers are a great gift for anyone who likes a little whimsy. And for those more traditional rooster fans, there are always the Italian rooster pitchers and creamers by the Bartoloni brothers. The smooth lines and detailed, colorful crowing rooster embody the vibrancy of Italy (and they make waking up just a little easier). Rooster pitchers are a traditional good luck gift, ideal for housewarmings and weddings. I’m not sure if they really do protect the home against danger, but they certainly look regardless!

Have you given a rooster pitcher as a gift? Are you a fan or collector of rooster ceramic? Leave a comment and let us know about your favorites. 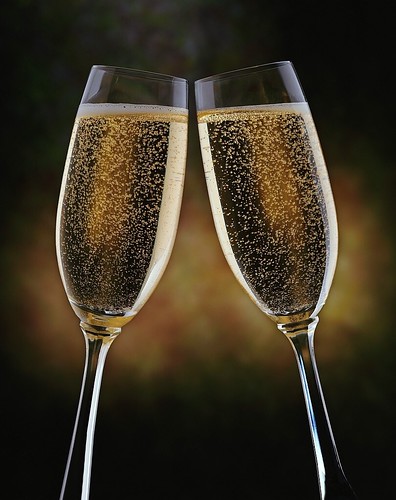 As we enjoyed the last days of 2012, I found myself thinking about the ways that people celebrate New Year’s Eve around the world. Special drinks and foods abound, as do traditions to bring good luck for the new year. From breaking plates (yikes, maybe not these plates) to wearing polka dots, here is a small sample of New Year traditions worldwide.

Mexico is not only home to Gorky Gonzalez’s pottery workshop, but a host of New Year traditions. People eat twelve grapes, one for every chime, at the stroke of midnight. Each grape is supposed to be a wish for the upcoming year. The same custom is found in Spain. Traditional food includes the Rosca de Reyes, Mexican sweet bread that has a coin or charm baked inside. Whoever finds the charm in their slice has good luck for the whole year. 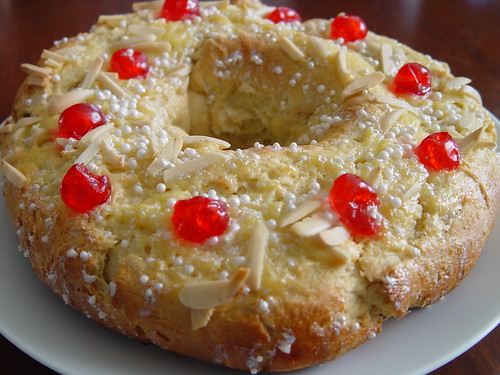 Throughout Latin America, South America, Spain, and Italy, people turn to their underwear for good luck. Those looking for love wear red, while others looking for money wear yellow pairs. People in the Phillipines wear polka dots, a pattern that links to coins and prosperity. They also throw coins at midnight to increase wealth. Hoppin’ John, a dish from the American South, also invokes money for good luck. It consists of rice and pork-flavored black-eyed peas or field peas (which symbolize coins), served with collards or other greens (the color of money) and cornbread (the color of gold). A plate of home cooking that brings good luck – sounds delicious to me! 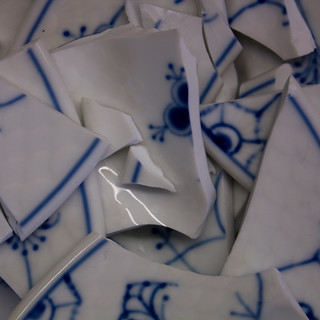 In Denmark people jump off of chairs at midnight to ensure they fall into good luck. They also smash old plates on their friends’ and neighbors’ doorsteps as a sign of good luck and friendship. Those with the biggest pile of broken plates in the morning are seen as the most lucky because they have so many loyal friends. Being surrounded by handmade ceramics and Gorky Gonzalez pottery here in the Palo Alto pop-up shop, I can’t imagine throwing these plates, no matter how lucky it might be.

For those wanting to get rid of things, in Italy people throw old televisions and other unwanted goods out of their windows. Folks in Ecuador burn portraits or something else that represents the old year as a way to get rid of the past.

No matter where you are, you probably have a tradition or two of your own — Maybe you served your wishing grapes on a cheerful rooster plate or another colorful piece of Gorky Gonzalez pottery, invested in some colorful underwear, or tried a new dish. No matter how you rang in the new year, here’s wishing you health and happiness for 2013.

Rosca de reyes image courtesy of From Argentina With Love.

One of a Kind Link

One of a Kind